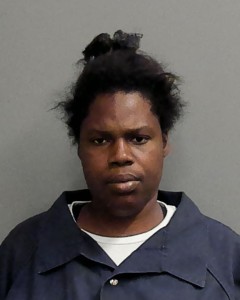 The Montgomery Fire/Rescue Department says a woman has been charged with arson after a fire at an apartment building.

Investigators say 34-year-old Scherylese Lacole Sanders Cornley is charged with arson in the first degree after a fire in the 600 block of Cleveland Court. The fire happened just before midnight on March 18.

Fire crews say they found a fire in the kitchen of a unit that involved the base cabinets and clothes that had been stuffed under them. They say there was also a burning piece of paper in an upper cabinet.

Investigators say security video shows Cornley entering the apartment alone, then leaving several minutes later. A short time after that, maintenance workers could be seen running toward the apartment after a neighbor reported smelling smoke.

Those workers helped put out the fire and got the people out of the apartment building.