People in Selma shared their thoughts about the high court’s ruling.

A lot of people — say they’re against abortions — as a matter of personal faith. 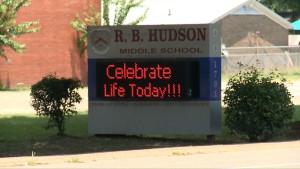 “I don’t think anybody has the right to murder someone else,” said Wade Hamil.

Some people say abortions should be allowed — under certain circumstances.

“I don’t agree with it,” said Mary Polnitz. “Because I feel like, if its incest, or a rape, or a badly birth defects, I think it should be granted.”

“Now I believe that we should all keep our children to a certain aspect. But when it comes to rape or incest, in that case a woman or a girl, teenager should have the right to, if they want to, get rid of the baby” said Jacqueline Denson.

People are also against government being in control of what people choose to do with their bodies.

“I think it’s the woman’s right to do what she wants to do with her body. It’s not the Supreme Court to make that decision,” said Evelyn Campbell.