The defendant in a Selma murder trial — pleads guilty to manslaughter.

Fifty-four year old Sandy Rhodes of Selma was on trial for murder — accused of killing his brother in-law. 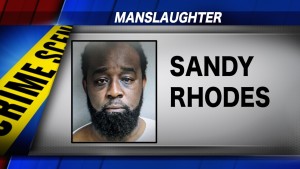 Rhodes plead guilty to the amended charge of manslaughter Monday — in the middle of his murder trial.

“This is a case back in 2016 in Wilkerson Apartments where these two brother in-laws got into an argument. The deceased got the best of the defendant in the fight. And instead of the defendant leaving, he came back in and killed the, Byron McNeil,” said District Attorney Michael Jackson.

Jackson — said the deadly incident was a tragedy — that could have been avoided.

“The defendant’s wife and child was sitting in the car. He could have just got in the car and drove off. But he came back in and killed the victim,” said Jackson.

A pre-sentence investigation report was ordered by the judge.

And Rhodes will be sentenced in a couple of months.