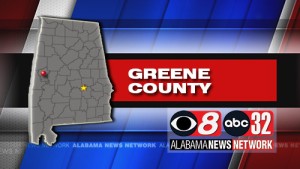 The Alabama Supreme Court says Greenetrack must pay more than $76 million in unpaid taxes, plus interest, according to the attorney general.

Greenetrack is a casino and race track that operates in Greene County.

A statement from the Attorney General’s Office says that from 2004 to 2008, “Greenetrack reaped vast profits from its illegal gambling enterprise under a scheme that employed a revolving slate of nonprofit organizations to evade Alabama’s laws and taxes.”

The statement says Greenetrack entered into agreements with nonprofit organizations to allow them, on paper, to “lease” and “operate” Greenetrack’s enterprise. In return for serving as a shield from paying taxes, the nonprofits received a tiny fraction of Greenetrack’s illegal gambling proceeds as a kick back-and Greenetrack kept the rest, tax free.

The Attorney General’s Office says in 2007, nonprofit organizations received 2.5% of the nearly $69 million that Greenetrack netted.

Alabama News Network has reached out to Greenetrack for a response.