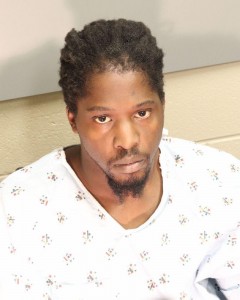 A Montgomery man has been sentenced to 30 years in prison for a bank robbery at Regions Bank near Eastdale Mall.

The U.S. Attorney’s Office says 32-year-old John Adam Vinson, Jr., was convicted of bank robbery and for firing a gun while committing a crime of violence.

According to the plea agreement and other court documents, Vinson went into the bank on December 14, 2020. He pulled out a handgun and fired a shot into the desk of an empty teller station. A bank employee came out of her office and went into the lobby after hearing the shot.

Vinson grabbed her and moved her to the door that accesses the teller counters. When Vinson realized she couldn’t open the door, he jumped over the counter and began opening the teller drawers. Vinson put money from the drawers into a bag, jumped back over the teller counter, and ran out of the bank.

A Montgomery police officer spotted Vinson and Vinson fired his gun at the officer, who wasn’t hurt.

When officers took Vinson into custody, they seized from him $18,378.

Vinson’s 30-year prison sentence will be followed by five years of supervised release. There is no parole in the federal system. The court also ordered that the money be returned to Regions Bank.

This case was investigated by the Montgomery Police Department, the FBI, and the Alabama Law Enforcement Agency.

— Information from the U.S. Attorney’s Office of the Middle District of Alabama