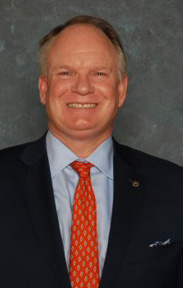 State Sen. Tom Whatley (R-Auburn) has dropped a challenge to his one-vote defeat in the Republican primary.

Whatley withdrew before the latest re-hearing in the dispute, party officials said. Auburn City Councilman Jay Hovey is now the Republican nominee in the race.

Whatley had filed a challenge after losing the primary race by a single vote. Party officials then declared the race a tie, overruling local officials over the eligibility of a voter who said she was wrongly left off voter rolls.

Party officials planned to decide the race by a coin flip.

The party scheduled a re-hearing at Hovey’s request after the Alabama Law Enforcement Agency said they had no record of the woman completing the voter registration process. Whatley withdrew before the re-hearing was held, party officials said.

Patsy Kenney had cast a provisional ballot for Whatley. She said she registered to vote when she went to get her Alabama driver’s license. ALEA said she did not complete the process of getting a license and voter registration is sent only after, “the credential is issued and the customer signs the required declaration.”

A lawyer for Kenney said she is reviewing options.