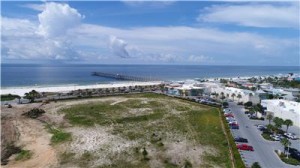 A Montgomery man has drowned in the Gulf of Mexico at Panama City Beach, Florida.

Panama City Beach Police say Arturo Torres had been swimming in the Gulf and became caught in the current, according to eyewitnesses. Yellow flags were flying, indicating a moderate surf hazard.

Beach Safety crews brought him on shore. Lifeguards gave him CPR and other lifesaving measures before he was taken to Bay Medical at the Beach, where he died a short time later.

Police say Torres appeared to have been in his 70s and was visiting the beach with family.

The drowning happened at about 2:17PM this afternoon behind the Days Inn at 12818 Front Beach Road in Panama City Beach.