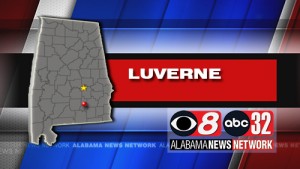 A report from the Reuters news service says that SMART Alabama, a plant in Luverne that makes parts for the Hyundai auto assembly plant in Montgomery, has used child labor.

According to the Reuters news story, SMART Alabama had three children from a Guatemalan migrant family working at the plant, a 14-year-old girl and her two brothers, ages 15 and 12. Reuters says it got confirmation from police, the family and former and current workers.

Reuters says the family lives in Enterprise and the children did not attend school.

Reuters says its reporting shows other children may have worked at the plant in recent years, according to former and current workers, but did not say how many. It says child labor and education laws may have been broken.

Alabama News Network is working to get reaction to the Reuters story. Here’s what we have received so far:

“SMART Alabama, LLC has a longstanding policy that requires compliance with all federal, state, and local laws. SMART denies any allegation that it knowingly employed anyone who is ineligible for employment under these laws. SMART finds the act of human trafficking and the exploitation of vulnerable populations tragic.

“SMART, like many companies, relies on temporary employment agencies to fill its open positions. In doing so, SMART relies on these agencies to follow the law in recruiting, hiring, and placing workers on its premises. If it comes to SMART’s attention that any worker is not eligible for employment, SMART immediately removes that worker from its premises.

“SMART has an excellent safety record, and we remain committed to the safety and well being of everyone working in our facility. We work closely with OSHA, cooperate fully with their ongoing compliance efforts, and invest heavily in training, equipment and the development of processes to promote our strong safety culture.”

“Hyundai does not tolerate illegal employment practices in any Hyundai entity. We have policies and procedures in place that require compliance with all local, state, and federal laws.”

From the Office of Alabama Attorney General Steve Marshall:

Alabama News Network is working to get more reaction to this story.