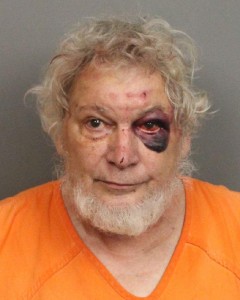 A grand jury has indicted a 70-year-old man on capital murder charges in the fatal shootings of three people at a Vestavia Hills church potluck dinner in June, according to court records.

Police responded June 16 to a report of an active shooter at St. Stephen’s Episcopal Church in Vestavia Hills. About 25 people, including Smith, had gathered late that afternoon for a “Boomers Potluck” dinner. He had previously attended some worship services and at least one of the previous potluck dinners there, authorities said.

“Smith has been indicted for capital murder for killing two or more people,’′ District Attorney Danny Carr told al.com Friday. “It is still very early in the prosecution of this case. We will be working closely with the families of those who lost their lives that terrible day … as we progress toward holding Smith accountable.”

Smith remains without bond in the Jefferson County Jail. A trial date has not yet been set.

Smith was seated alone at the dinner when a longtime church member approached him and invited him to sit with others at a table, said the Rev. Doug Carpenter, who founded the church in 1973 and retired in 2005. Smith refused the offer, but then pulled out a handgun and shot three people, authorities and reports said.

A church member rushed the gunman, struck him with a chair and held him until officers arrived, according to police.

Rainey was pronounced dead on the scene. Yeager and Pounds were taken to a hospital where they later died.

Authorities said they have not yet identified a motive in the slayings.