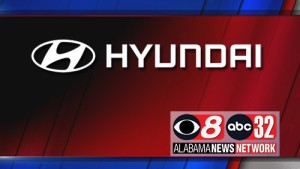 A class action has been filed in federal court in California following a news report that said Hyundai used child labor at a supplier in Luverne.

In July, Reuters published an exclusive story that said SMART Alabama had three children from a Guatemalan migrant family working at the plant, a 14-year-old girl and her two brothers, ages 15 and 12. Reuters says it got confirmation from police, the family and former and current workers.

Reuters says the family lives in Enterprise and the children did not attend school.

SMART Alabama makes parts for Hyundai Motor Manufacturing Alabama, which is the name of the carmaker’s assembly plant in Montgomery.

The class action was filed on behalf of Lea Reis, who lives in Torrance, California. The suit says she purchased a 2012 Hyundai Sonata that she would not have bought “had she known that defendants used child labor.”

The lawsuit demands a jury trial over several claims. It says it was filed on behalf of Reis and current and former owners and lessees of Hyundai vehicles nationwide that were assembled in Montgomery with parts or labor supplied by SMART Alabama.

Reuters reported that other children may have worked at the plant in recent years, according to former and current workers, but did not say how many. It says child labor and education laws may have been broken.

SMART Alabama has denied the allegations made in the news report. Hyundai Motor Manufacturing Alabama has said that it does not tolerate any illegal employment practices at any company entity.