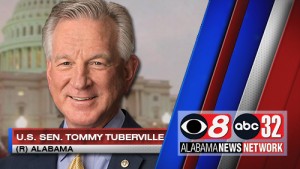 Sen. Tommy Tuberville (R-Alabama) and Sen. Joe Manchin (D-West Virginia) have reached out to college sports leaders, including the Southeastern Conference commissioner, for feedback and ideas on how to regulate the way athletes are compensated for their names, images and likenesses.

Tuberville, who led Auburn’s football team to an undefeated season in 2004 as the Tigers head coach, and Manchin (D-W.Va.) announced Wednesday that their staffs have already begun drafting a NIL bill that they said would will be in compliance.

“The lack of meaningful leadership and a lack of clarity in this area resulting from Alston (Supreme Court decision) means that the U.S. Congress must act to set clear ground rules for student-athletes and institutions alike,” the senators wrote in a letter to Southeastern Conference Commissioner Greg Sankey. “Like you, we have the common goals of protecting student-athletes, ensuring fair competition and compensation, and preserving the time-honored traditions of college sports.”

Sankey and Pac-12 Commissioner George Kliavkoff met with Tuberville, Manchin and other lawmakers during a lobbying trip to Capitol Hill in May.

College sports leaders, including outgoing NCAA President Mark Emmert, have repeatedly called for help from Congress in regulating name, image and likeness compensation since even before the NCAA last summer lifted its restrictions on athletes cashing in on their fame.

The NCAA removed its ban on NIL compensation for athletes without setting detailed, uniform rules. A patchwork of state laws has created a complicated landscape for college athletic departments and allowed boosters to become involved in ways that challenge the NCAA’s ability to enforce the broad rules that are in place.

At least eight bills related to college sports have been filed by federal lawmakers over the past four years — some more narrowly addressing NIL and others targeting other athlete benefits and issues. There has been no substantive movement on any of them.

One of them, the College Athlete Bill of Rights put forth by Democrats Cory Booker and Richard Blumenthal in 2020, is set to be reintroduced by the senators, SI.com reported Wednesday.