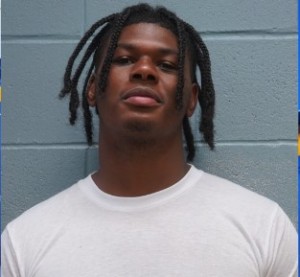 Auburn police say the arrest stems from officers trying to perform traffic stops of a male operating a motorcycle on two separate occasions near Heisman Drive and South Donahue Drive on July 26.

Police say the male, who was not wearing a helmet, fled from police and committed several other traffic offenses in the process. Officers terminated the pursuit on both occasions as a matter of safety.

Police say 20-year-old Tyler Jamal Finley was identified as the person operating the motorcycle, and an arrest warrant was obtained.

Finley turned himself in when he learned that a warrant was out for his arrest, he was booked but released after making bond on the misdemeanor charge.

Head football coach Bryan Harsin spoke at a pre-camp news conference this afternoon, saying he is aware of the incident and that Finley will be at practice when Auburn opens fall camp on Friday.

Finley is a junior who started the final three games of the 2021 season. He is in the race for the starting position this season.

Finley completed 70 of 128 passes (54.7%) for 827 yards, six touchdowns and one interception as a sophomore. That included 97 yards passing and a touchdown in a comeback win over Georgia State, along with a 137-yard, two-touchdown performance in the quadruple-overtime loss to Alabama to wrap up a 6-6 regular season.

He transferred to Auburn from LSU prior to the 2021 season. He started five games at LSU, threw for 941 yards, tossed five touchdowns and was picked off five times.

— Some Information from CBS Sports