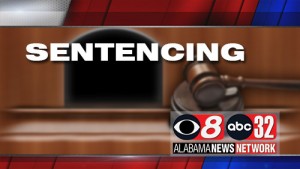 Two men from Chilton County have been sentenced for illegally possessing guns.

The office of U.S. Attorney Sandra J. Stewart says 38-year-old Joshua Eugean Bean of Maplesville was sentenced to 60 months in prison. Last summer, 27-year-old James Ryan Little of Clanton was sentenced to 90 months. There is no parole in the federal court system.

According to their plea agreements and other court documents, in May 2018, Chilton County Sheriff’s deputies were on the lookout for a truck that had been reported stolen with several guns inside.

Both men had previously been convicted of felonies and were prohibited by federal law from having guns. A grand jury indicted Bean and Little in October 2020, charging each one with unlawfully possessing a firearm after being convicted of a felony offense. Later, each pleaded guilty to the charge.

When pronouncing Bean’s sentence, the judge noted that when Bean was arrested on November 9, 2020—just two weeks after his federal indictment— he was again found to be in possession of a gun.

Following their prison sentences, Bean and Little will be on supervised release for three years.

— Information from the Office of the U.S. Attorney of the Middle District of Alabama