Another week starting off with above average rain chances, and these will will stick around through Thursday. While not everyone will see rain each day, rain will be likely especially during the afternoon and evening hours. It continues to be feast or famine on rainfall distribution. Highs will be in the upper 80s to the lower 90s most of this week, which is pretty close to average for this time of year.

IN THE TROPICS: A large area of disorganized showers and thunderstorms over the far eastern tropical Atlantic are associated with a tropical wave. Environmental conditions appear generally conducive for gradual development of this system while it moves westward to west-northwestward at 15 to 20 mph across the eastern and central tropical Atlantic, and a tropical depression could form around the middle to latter part of this week. Formation chance through 5 days…medium…40 percent. 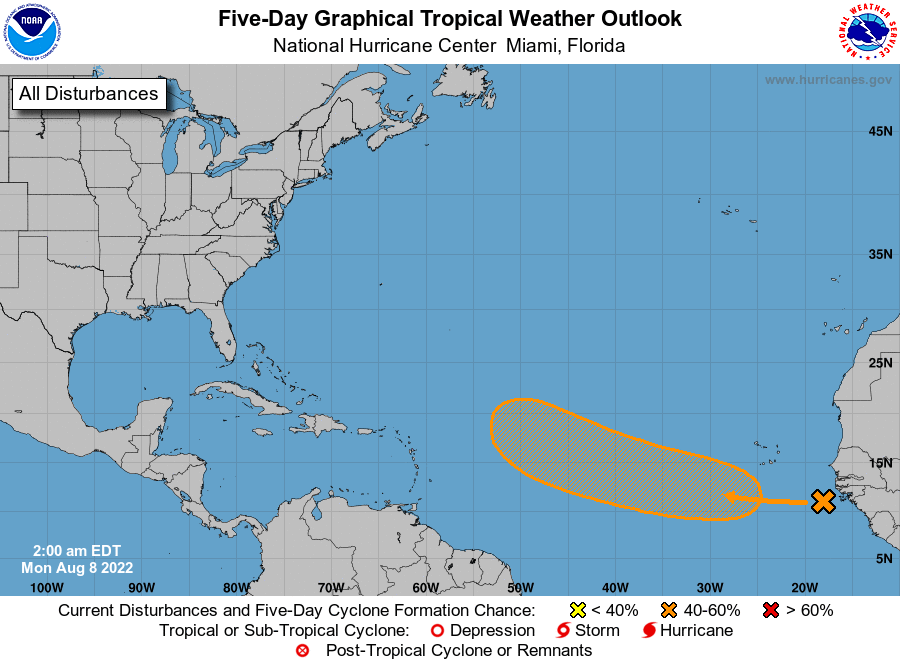 FRIDAY AND THE WEEKEND: It looks like ridging will strengthen over the Southeast to end the week and continues into the weekend. Expect lower rain chances with more sun than clouds beginning Friday, but still expect some isolated afternoon showers and storms. Highs look to return to the low and mid 90s.

Have an incredible Monday!!!
Ryan

Another Week Of Pleasant Fall Weather In Alabama

No Rain for Alabama Anytime Soon