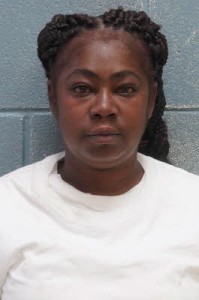 UPDATE: Lee County Sheriff’s deputies have made an arrest in a shooting that left a man dead.

The shooting happened at a home in the 200 block of Lee County Road 705, southeast of Opelika. A 9-1-1 caller reported a possible shooting at about 12:57AM today.

Deputies say they found a 33-year-old man who had suffered what appeared to be multiple gunshot wounds. Lee County Coroner Daniel Sexton pronounced him dead at the scene.

Deputies have charged 38-year-old Shakeisar Peavy of Opelika with murder. She is being held on a $250,000 bond.

The man’s name hasn’t yet been released.

If you have information to help with the investigation, call Central Alabama CrimeStoppers at (334) 215-STOP.