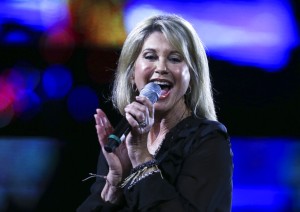 Olivia Newton-John died Monday at her ranch in Southern California, her publicist confirmed to CBS News. She was 73.

No cause of death was given in a statement on her official Facebook page, but Newton-John had been open about her decades-long battle with breast cancer.

“Olivia has been a symbol of triumphs and hope for over 30 years sharing her journey with breast cancer. Her healing inspiration and pioneering experience with plant medicine continues with the Olivia Newton-John Foundation Fund, dedicated to researching plant medicine and cancer,” the statement on Facebook said.

Newton-John burst onto the Hollywood scene with her role as Sandy opposite John Travolta’s Danny in the 1978 blockbuster, “Grease.”

A four-time Grammy Award-winner, the English-Australian superstar sold 100 million albums with songs like “I Honestly Love You,” and “Have You Never Been Mellow.” 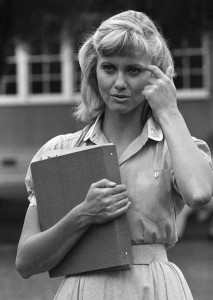 Olivia Newton-John readies herself for her role in the movie version of “Grease,” in Los Angeles, Aug. 30, 1977. Ms. Newton-John star with John Travolta and Stockard Channing in the film. (AP Photo/Nick Ut)

In a 2019 interview, “CBS Mornings” co-host Gayle King asked the actress how she had coped with her breast cancer diagnosis. 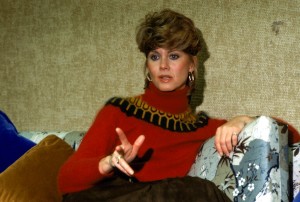 “Denial is really good!” Newton-John laughed. “It’s really healthy! But it was consuming my day. And after a time, I went, ‘You know what? I don’t know what my time is, but I need to enjoy my life. So, I’m going to eat a cookie if I want it. And I’m gonna have a cup of tea if I want it. And if I wanna have a little bit of wine, I’m gonna do that.’ Because the joy of life and everyday living has to be a part of that healing process as well.”