The man accused in a deadly shooting at a Selma nightclub — pleads guilty to manslaughter and assault.

Kenneth Ingram of Selma was set to stand trial for murder this week — when he pleaded guilty to manslaughter instead. 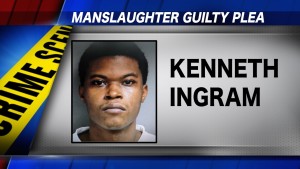 “This is a case back in October of 2017 where Kenneth Ingram and another defendant were in the Prime Ultra Lounge on Maxey Street. And they were fighting with another gang and shooting had started. But they left the club and were waiting out for the folks and they started into the crowd.”

Twenty year old Shykereya Leggett was killed in the incident — and Eddie Williams was shot in the leg.

“It’s a very tragic situation. Cause the young lady got struck in the head right when she was at her car,” said Jackson.

“Just to randomly shoot into a crowd and not think about the consequences, it’s just a shame. It’s a shame both folks got shot. It’s a shame she got killed. We go to stop this gang gun violence around here.”

DA Jackson says Ingram will be sentenced in the coming weeks.

Jackson says the Juantonio Cosby of Selma is also charged in the shooting. His case is pending.