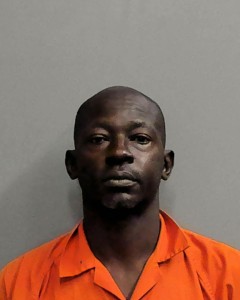 Montgomery police have made an arrest in a man’s murder from earlier this year.

Jackson is charged with killing 57-year-old Enrico Coleman of Montgomery. Coleman was shot in the 4300 block of Woodley Square West on March 28 and died April 8.

Jackson is being held on a $1.5 million bond.

Police have released no other information about the case.