Many Alabama businesses have struggled throughout the pandemic with filling job openings, but could using trusted local jail inmates be the solution? 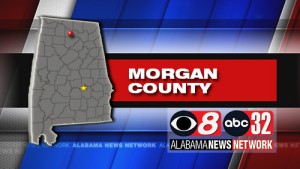 Is that a solution to fill job openings elsewhere, like in Montgomery County?

“I think it’s a good stepping stone for businesses that are suffering trying to find employees right now,” he said.

In Lawrence County, which is also in North Alabama, sheriff’s Chief Deputy Brian Covington said they select work-release inmates who are unlikely to try to flee.

“We use those who have no history of violent crime and aren’t a flight risk,” he said.

Trusted inmates serving time for non-violent crimes are able to fill positions under close supervision. This lets businesses thrive and allows inmates to earn money, rehabilitate and ease their transition back into society.

“These are people that really made a mistake and now they’re locked up, and they want to get out of hail. They want to have that work experience,” Cunningham said.

Bob Parker, who owns a Dreamland Barbecue location in Montgomery, says everyone deserves a second chance and he’s open to giving them a new start at his restaurant.

Cunningham says both the county and city of Montgomery already use an inmate work release program which allows local businesses to employee eligible inmates, when possible.

If your company is interested in the inmate rehabilitation program, call the Montgomery Police Department at (334) 241-2651.