Active Weather Pattern Ahead with Hot Temperatures and Strong Storms

Monday will start off with a shortwave moving through the northern parts of the area that will push a weak cold front southward through Central Alabama. Ahead of the front, moisture levels will rise and scattered convective thunderstorms will form during the afternoon hours along and south of I-20/59. There is some potential for a few stronger storms with gusty winds and the SPC has place much of Central Alabama in a “marginal risk” of severe storms this evening as some storms could produce gusty winds. It will be hot day with highs in the mid 90s. 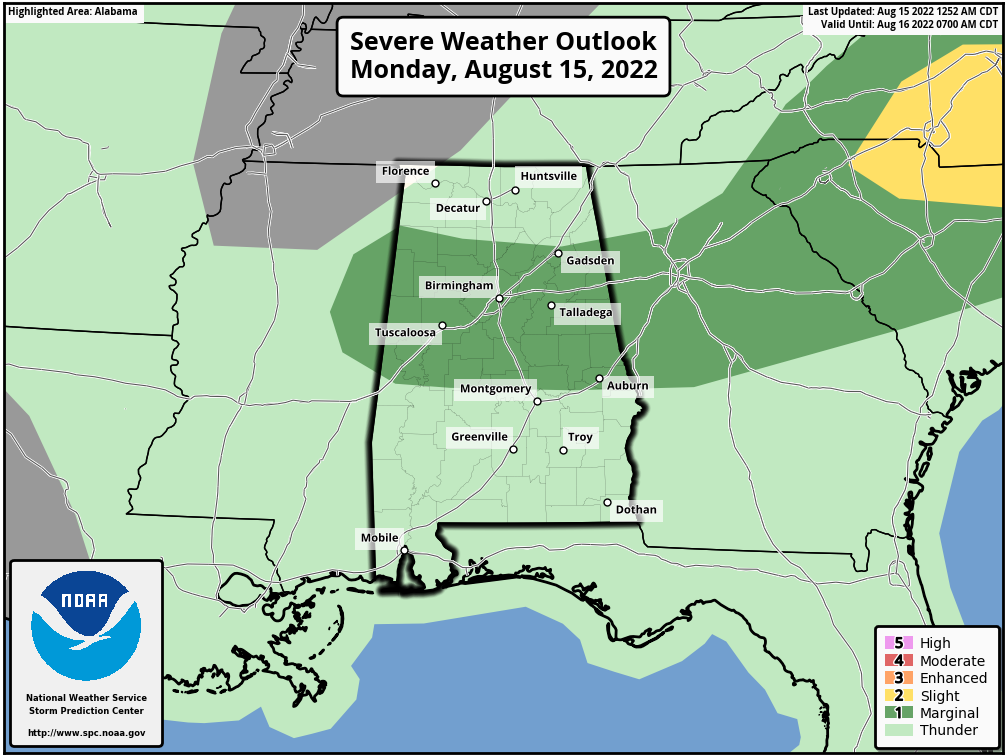 Tuesday will be a mainly dry day as the front sags south and we can expect a mostly sunny sky, with only a small chance of a few showers and storms during the afternoon and evening hours. Highs will remain in the mid 90s.

Troughing over the east will swing multiple impulses through Central Alabama throughout the rest of the work week due to northwest flow. Rain chances will be higher on Wednesday, Thursday, and Friday as scattered to numerous showers and storms are possible at times. Wednesday’s highs will be in the lower 90s, followed by upper 80s Thursday and Friday. Also, we note the SPC has issued a “marginal risk” for Wednesday as well. 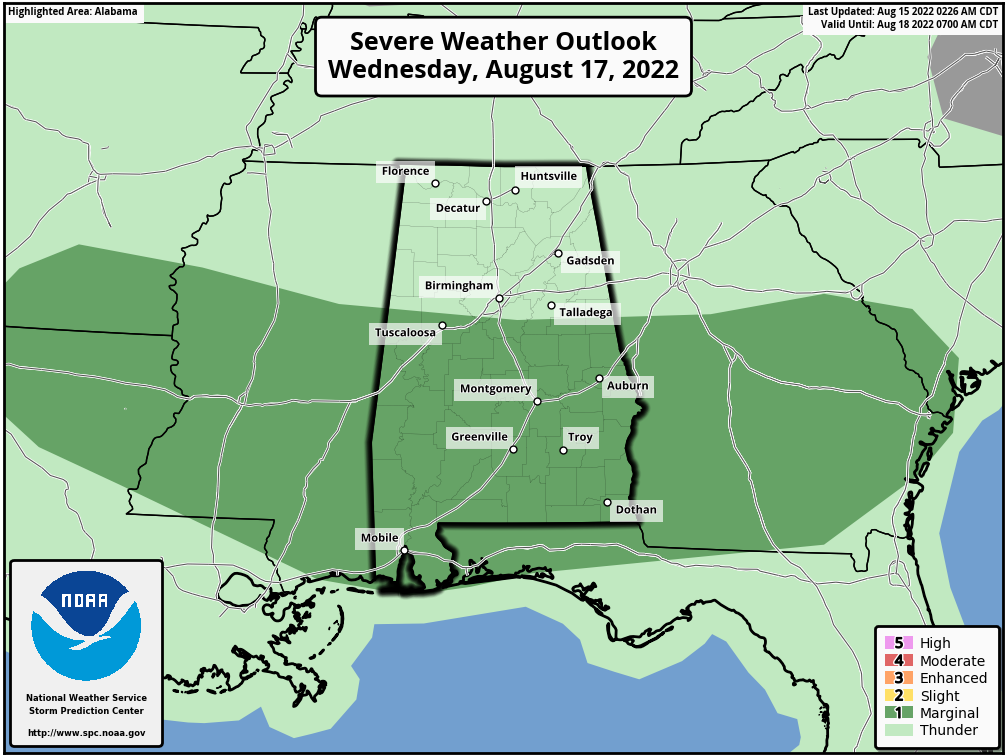 The main threats with the storms this week, will come from damaging wind gusts, but remember, storms will produce loads of lightning, and of course intense tropical downpours would could lead to areas of isolated flash flooding.

THE TROPICS: A broad trough of low pressure continues to produce a large area of disorganized showers and thunderstorms over the central Atlantic several hundred miles south-southeast of Bermuda. Development, if any, of this system should be slow to occur due to generally unfavorable environmental conditions while the disturbance moves slowly north-northwestward or northward during the next few days. Formation chance through 5 days…low…10 percent. 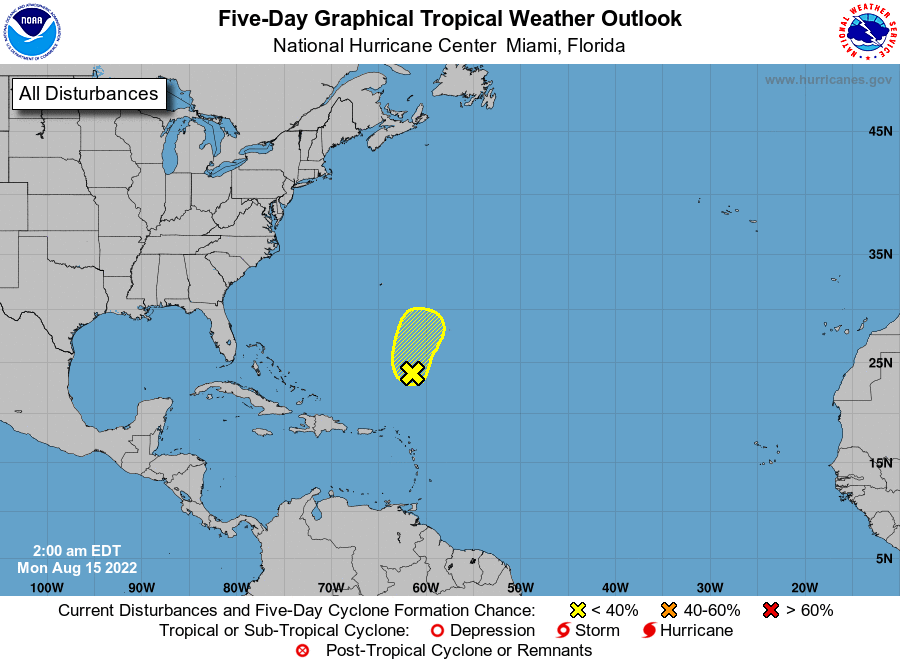 WEEKEND WEATHER: Rain chances remain high for Saturday, but the trough begins to lift out Sunday, meaning lower rain chances will return to the area. Saturdays highs should remain in the upper 80s, followed by lower 90s Sunday.

This is one of those weeks where the day-to-day forecast can and will change a lot. Make sure you stay informed and weather aware!!!