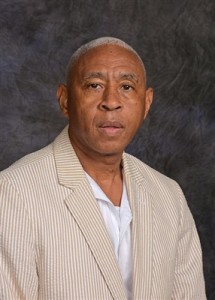 Randy Kelley has been elected chairman of the Alabama Democratic Party in a victory for longtime powerbroker Joe Reed, who lost a battle over control three years ago.

Kelley won with 104 votes out of the 202 cast by members of the state Democratic Executive Committee on Saturday. Kelley is a former vice-chair of the party but lost the position during the 2019 power struggle when the Democratic National Committee ordered new elections.

“I personally know we are more in line with what Jesus stood for. He was for the least of these, and our opposition is for the most wealthy of these,” Kelley, a minister from Huntsville, told the gathered Democrats after winning the election.

Kelley narrowly escaped a runoff that would have been required if no candidate captured more than 50% of the vote. Kelley is the senior pastor of Lakeside United Methodist Church in Huntsville.

State Rep. Chris England of Tuscaloosa, who had served as party chair since the 2019 power struggle, did not seek another term as chair.

Kelley’s election was a victory for Reed, who had supported former chair Nancy Worley and Kelley in the 2019 power struggle. Reed, chairman of the Alabama Democratic Conference, the state’s oldest Black political organization, had backed lawsuits that challenged bylaw changes that led to England’s election.