Former longtime Montgomery TV broadcaster Kim Wanous has died at the age of 75. He died Tuesday at his home in Prattville, surrounded by his family.

Wanous had an award-winning TV career that spanned more than four decades. He worked for WCOV Channel 20 starting in the 1960s. After leaving that station in the mid-1980s, he joined the “Action 8 News” team here at WAKA as news anchor, serving until the mid-1990s. 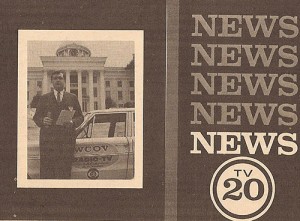 From there, he worked at WSFA, hosting programs until about 2011. 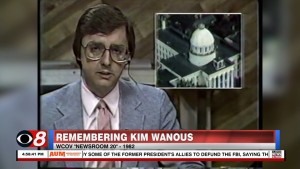 But he also had another career — working for the Alabama Department of Rehabilitation Services — from 1995 until his retirement in 2016.

Today, Alabama Department of Rehabilitation Services Commissioner Jane Elizabeth Burdeshaw released a statement to us as she remembered him:

“Kim Wanous served as the Governmental Relations Manager and Director of the Communications and Information Office for the Alabama Department of Rehabilitation Services for almost thirty years, retiring 3/1/2016. Kim and his wife Amy, who also worked for the department, selflessly dedicated themselves to its mission ‘to enable Alabama’s children and adults with disabilities to achieve their maximum potential.’ 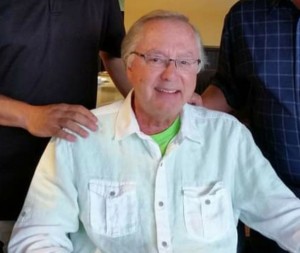 “Having worked in local broadcasting for years, he used his public image to bring about positive change in the lives of individuals impacted by disability. His passion for life, family, and fun was contagious. He always made us smile and we will miss him.

“Our thoughts and prayers are with Amy, the children, and Kim’s very special grandchildren.” 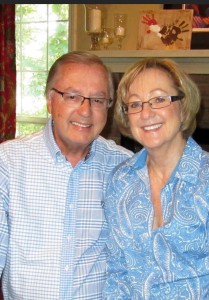 A funeral Mass will be held at St. Bede Catholic Church on Saturday, August 20, at 1:00 PM. The family will receive friends for visitation at Prattville Memorial Chapel on Friday, August 19, from 5-7 PM. In lieu of flowers, donations can be made to Boys Town or Montgomery Catholic Preparatory School in his memory.

All of us at Alabama News Network send our condolences to Kim’s wife Amy and to their family.