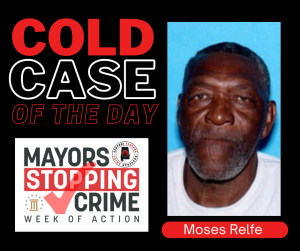 Central Alabama CrimeStoppers has announced the murder of Moses Relfe as its “Cold Case of the Day.” It’s a part of Montgomery Mayor Steven Reed’s “Week of Action” against violent crime.

Relfe, who was 63, was the victim of a deadly shooting on October 25, 2015. At about 6:05PM, Montgomery Police responded to the 4200 block of Strathmore Drive. That’s where they found Relfe, who was pronounced dead at the scene.