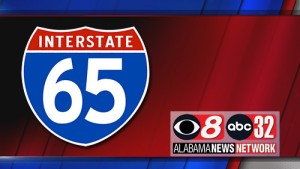 Alabama State Troopers say a motorcyclist is in custody after a chase on Interstate 65 that went from north of Prattville into Montgomery.

State troopers say at about 4:46PM this afternoon, they tried to stop someone on a black motorcycle for speeding on Interstate 65 near the 185 mile marker in Autauga County.

The motorcyclist’s name hasn’t yet been released. State troopers haven’t revealed any other details.