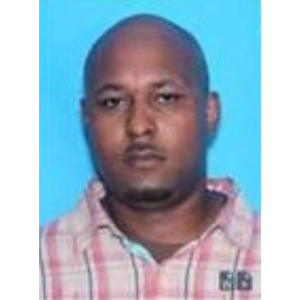 Auburn police have released new details about the string of shootings on Interstate 85 that stretched from Montgomery into Georgia.

Today, Auburn police revealed that when Brown was taken into custody, he had what is being described as a cache of firearms as well as an estimated 2,000 rounds of ammunition. Police still don’t know a motive. 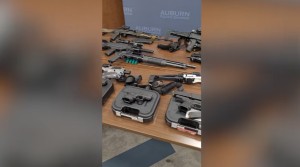 Auburn police displayed these guns and ammunition, which they say was in the possession of shooting suspect Jerel Raphael Brown, Thursday, August 18, 2022 – Photo from Auburn Police Department

The first shooting incident happened at around 5AM in Montgomery, but police have not released any other details about it.

At about 6:15, Auburn police say a man was shot in the head through the back window of his vehicle on Interstate 85 as the suspect was travelling northbound on I-85. The victim, a 45-year-old man from Prattville whose name hasn’t been released, had to be flown to Montgomery for treatment. At last check, he was in critical condition.

Police then began a search for the suspect’s car, a white Cadillac. That search involved putting the information on the National Crime Information computer system that spread it throughout the southeast.

The car that Auburn police think may be connected to a shooting on Wednesday, August 17, 2022 – Photo from Auburn Police Department

Later, sheriff’s deputies in Troup County, Georgia, said someone in a white Cadillac had fired and hit a car just before 8AM, also on I-85.

Back in Alabama, the search for the suspect ended Thursday afternoon when a Chambers County Sheriff’s deputy saw the white Cadillac near the Chambers County Courthouse in Lafayette. Brown was arrested and turned over to Auburn police. 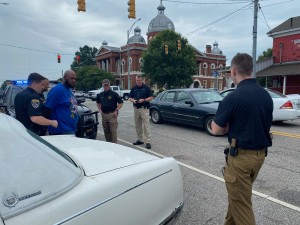 He is being held without bond on a list of charges, including attempted murder, aggravated assault, possession of a firearm during the commission of a felony, shooting into an occupied vehicle and criminal damage in the first degree.