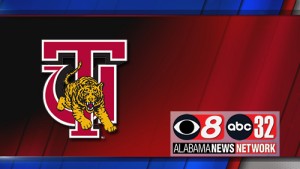 Tuskegee University has announced the hiring of a new head baseball coach.

Former Jackson State assistant coach Chadwick Hall will be the new coach, according to Director of Athletics Reginald Ruffin.

“We are pleased to announce this hire of Coach Hall to Tuskegee University,” Ruffin said in a statement. “Coach Hall exhibits what we set out to look for when we started interviews, which was a young leader with the vision to help guide this program to continued success on and off the diamond. We sincerely believe Chadwick will continue the positive strides left behind by our former coach Reginald Hollins that included not only bringing baseball back to our campus from Montgomery, but also putting in work to help our student-athletes in the program to become better young men, better students, and better people when they leave Tuskegee.”

Hall joins the Golden Tiger baseball program after serving as an assistant for Jackson State for seven years (2015-22). During those seven years, the Tigers had six seasons with 30 or more wins, with the shortened 2020 season being the only exception.

The 2021 version of the Tigers was one of the best during his time in Jackson, as they finished the year at 34-9, including an 18-1 home record, and a 24-0 SWAC record for the first time in program history. The Tigers also found themselves ranked as the top team in the Black College Nines (BCN) HBCU Baseball large school top ten poll and received votes in the National Collegiate Baseball Writers Association (NCBWA) Top 30 poll in that same year.

Prior to his tenure at Jackson State, he was a physical education teacher at Lawhon Elementary, and coached at Tupelo Christian Prep School and numerous summer league teams. Hall was also a student-athlete for Jackson State, being a member of two Southwestern Athletic Conference (SWAC) Eastern Division teams as well as four teams that won 30-plus games. He holds a bachelor’s degree in Recreation and Health and a master’s degree in Physical Education and Health, both from Jackson State University.

“Coach Hall has paid his dues to get here,” Ruffin later explained. “Just like our previous coach, Hall has worked his way up the ranks from the high school level, to an outstanding assistant, to now having the opportunity to lead his own program. We are excited for the future of our program, and we look forward to continuing to support them to the best of our ability as a staff and community.”