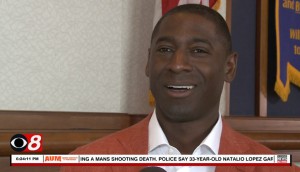 “The decision to step away from Auburn athletics is not an easy one, but it is the right time for me to begin the next step in my professional journey,” Greene said in a statement. “I am very proud of the work that we have done together to move our athletics program forward.”

“Allen arrived on The Plains with vision, passion and experience to elevate Auburn athletics to the next level,” Roberts said. “In the brief time that I have worked alongside Allen as president, he has proven to be an asset to Auburn, enhancing our athletics programs and facilities, and has been dedicated to our student-athletes, to integrity and to our University.”

Greene’s five-year deal, worth $625,000 annually, was set to expire Jan. 31, 2023. His biggest hire was luring football coach Bryan Harsin away from Boise State.

The Tigers lost the last five games of Harsin’s debut season, followed by a school investigation into the program after an exodus of players and assistant coaches, including three coordinators.

Auburn made its first Final Four in men’s basketball during Greene’s tenure, and he signed coach Bruce Pearl to a new eight-year deal worth more than $50 million.

During Greene’s tenure, the cumulative grade point average of student-athletes rose from 3.19 to 3.25. Record-breaking philanthropic support comprised of the four largest gifts in Athletics’ history contributed to $175 million in capital projects.

Athletic achievements included eight conference championships, one Men’s Final Four appearance, a No. 1 national ranking in men’s basketball for the first time in school history and two Men’s College World Series appearances. Auburn Athletics also has been recognized as a department at the forefront of Name, Image and Likeness.

Greene is a former athletic director at Buffalo.