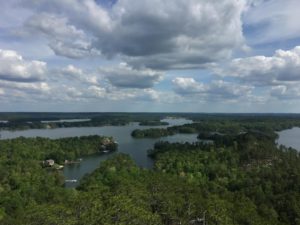 Search crews have recovered the body of a missing boater near Wind Creek State Park at Lake Martin.

The Alabama Law Enforcement Agency says at about 10:48 this morning, they found the body of 66-year-old Jerry McKinney of Shelby. They say he apparently drowned between 2-4PM Wednesday.

McKinney’s body was recovered about 200 yards from his campsite at the park.

ALEA has released no other information.