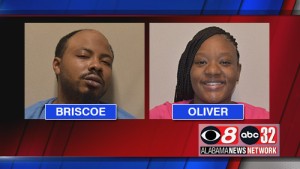 Auburn police say they’ve arrested two people they say are suspected of being involved in a scam that targeted several businesses.

Police say the arrests stem from an investigation involving a scam that targeted businesses in Auburn and surrounding areas. The scam had been described in a Auburn Public Safety social media warning.

Police say businesses would get phone calls from the suspects, falsely representing themselves as a law enforcement authority. Under the guise of conducting an investigation, employees were directed to turn over cash to the offenders who victims believed were law enforcement officers, according to police.

Auburn Police say they located both suspects on Saturday and the investigation yielded additional evidence resulting in the arrests.