A major manhunt for a wanted Mississippi murder suspect — is underway in Dallas County. 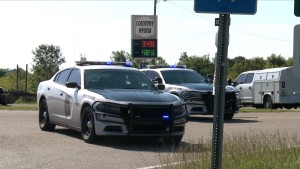 State and local law enforcement combed the wooded area — behind the Country Store in Marion Junction — for hours Thursday — looking for a suspected murderer.

“I started getting a little emotional when they told me the guy done killed some family members two days ago,” said Newbern mayor Patrick Braxton.

Braxton says he stopped to help what he thought was a homeless man — laying on the side of the road in Hale County.

“Got him to the store. Bought him Gatorade. A sandwich. Water. Found him some shoes, some socks and stuff.” 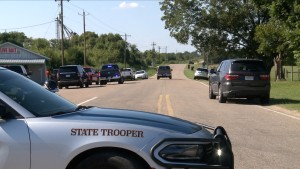 Braxton saw the man again a few hours later — laying in a ditch. So, he stopped to help him again. Only this time, the man pushed him, then jumped in his truck and drove off.

Fortunately — an off-duty Hale County deputy — saw what happened — and stopped to help. They called the ALEA state troopers. Then followed the truck — to the country store.

“And bout time he was coming out of the store the state trooper was pulling up. And he hit the turn and run and hit the woods on them.” 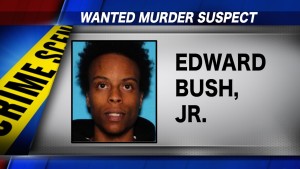 Canine units were brought out to track the suspect. And troopers blocked some nearby roads — to keep people out of harm’s way.

Kirtley and Susannah Brown live nearby.

“I’m not going home. I certainly don’t want Susannah to go home. Our road is blocked off. So, that why we’re here at the store. I hope they can find him.”

ALEA has issued a public advisory for the suspect — 22-year-old Edward Bush, Jr. of Greenwood, Mississippi.

Bush is 5′ 9″ and weighs 145 pounds. He was last seen wearing dark pants and a white t-shirt near the intersection of  U-S Highway 80 and Dallas County Road 45.

Bush is wanted for murder in Mississippi, and is considered armed and dangerous.