Fight over Future of Library that Rosa Parks, John Lewis and Others Used 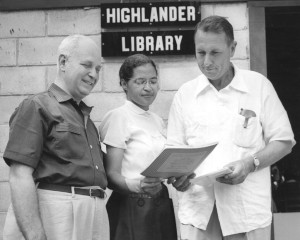 A library in Tennessee where Rosa Parks, John Lewis and other civil rights leaders forged strategies that would change the world is mired in controversy over who gets to tell its story.

On one side are preservationists who want to turn the Highlander Folk School library into a historic site. On the other, political organizers say Highlander never stopped pursuing social justice and should recover the building as a stolen part of its legacy.

Enraged by race-mixing at the Highlander Folk School in the 1950s, Tennessee officials confiscated the property and auctioned it off in pieces in a vain attempt at stifling the civil rights movement. The library is one of the few remaining campus buildings.

But Highlander as an institution never really closed — it just moved locations. It lives on today as the Highlander Research and Education Center, whose leaders are rallying opposition to listing the library in the National Register of Historic Places, saying they were frozen out of the process.

David Currey, a board member at the Tennessee Preservation Trust, has managed the library’s restoration since the trust bought the site in 2014, saving it from redevelopment. He said his goal has always been to preserve the site so that visitors can learn about the momentous events that happened there in the first half of the 20th Century. There would be few books or movies if stories could only be told by those directly involved, he said, and “Nobody owns the past.” 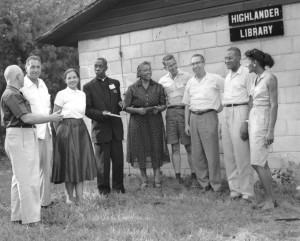 “It’s a myth that they are best suited to tell our history,” said Ash-Lee Woodard Henderson, Highlander’s first Black co-director. “People who made that history are still alive.”

A letter Highlander sent to the historic registry says the Trust is not fit to serve as stewards, stoking racial tension over a place that promoted a shared struggle for interracial harmony.

“Approving the nomination of the Highlander Folk School Library in its current form will allow an elite, white-led institution to coopt and control the historical narrative of a site most significant for its work with Black, multiracial, poor and working-class communities,” states the letter, which also accuses trust members of having glorified the Confederacy.

Currey, who is white, frames the issue much differently. He says the trust stepped in to preserve the property when no one else would, and plans to celebrate Highlander’s past accomplishments.

“Our cause from the start has been an honorable endeavor to recognize and pay tribute to the history and legacy of the early 20th century’s social justice movements in Tennessee, including labor struggles and Civil Rights, and its leaders,” Currey wrote in an email to the AP.

Founded in the 1930s as a center for union organizing, the school in Monteagle, Tenn., counted first lady Eleanor Roosevelt among its early supporters. Protest music was integral to its work, with Woody Guthrie leading singalongs to inspire future demonstrations, and Pete Seeger workshopping “We Shall Overcome” into an anthem sung by activists ever since.

Highlander’s co-founder and longtime leader, Myles Horton, a white man, created a space almost unique in the Jim Crow South, where activists white and Black could build and strengthen alliances.

Parks attended a Highlander workshop a few months before refusing to move to the back of a segregated city bus in Montgomery, Alabama. “It was one of the few times in my life up to that point when I did not feel hostility from white people,” she wrote in her autobiography. 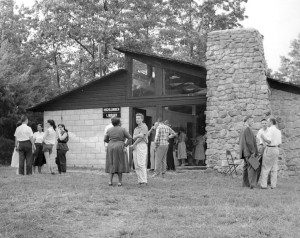 Lewis had a similar experience, long before he became a civil rights icon and congressman. Highlander “was the first time in my life that I saw black people and white people not just sitting down together at long tables for shared meals, but also cleaning up together afterward, doing the dishes together, gathering together late into the night in deep discussion,” he wrote in a memoir.

The school’s success made it a target — labeled communist, investigated by the FBI and raided by the state of Tennessee, which eventually revoked its charter. Original buildings were destroyed. The library was converted to a single-family home.

“The property was stolen from us because it was bringing Black and white people together to preserve democracy,” Henderson said. “The land should be repatriated, back to the Highlander Folk School, which is now the Highlander Research and Education Center.”

The trust has spent seven years restoring the library to its original form. Local Grundy County donors contributed most of the funding, but Currey said he’s also spent thousands of his own dollars. His vision is to spin off a nonprofit, separate from the trust, that would own and operate the library as both a historic site and community resource, and Highlander could run a program explaining its ongoing justice and education work.

Henderson said she’s grateful the trust stepped in when the center couldn’t afford to, but she doesn’t see the old Folk School as separate from Highlander now, which is celebrating 90 years of organizing with a homecoming later this month. She said the center recently offered to buy the library from the trust, but got no definitive answer. 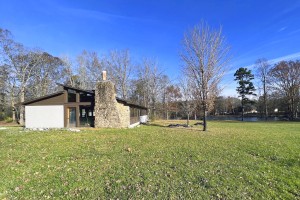 “If there’s going to be a transfer, why wouldn’t it be to Highlander?” Co-director Allyn Maxfield-Steele asked. If Highlander controlled the building, it would develop a plan for its use together with “folks on the ground in Grundy County,” he said.

Currey still hopes the trust and center can work together to promote the legacy of a building both organizations see as incredibly important.

Getting listed in the National Registry would open up new sources of funding in a state that doesn’t provide tax incentives for historic preservation, Currey said. He worries that the controversy over Highlander will make preservationists less likely to take on a similar project in the future.

“It’s already so difficult in Tennessee to save some of our historic resources,” Currey said. “This may be one of the most high-profile civil rights sites — as John Lewis told me — in the nation.”