A Mississippi murder suspect that’s been on the run from authorities — is captured in Dallas County. 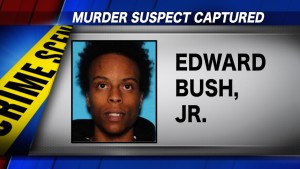 A manhunt for Bush started Thursday — after he ran into some woods to get away from police — at the “Country Store” in Marion Junction.

Bush had stopped at the store to get gas — for a pickup truck he had stolen in Hale County. He ran off into the woods — when officers approached the vehicle.

“The sheriff’s office and ALEA did a very good job of catching this guy before somebody got hurt,” said Jackson.

“The bulletin went out that he was armed and dangerous. And so, and as you know, he has allegedly already killed somebody. Allegedly. But that was alarming for the community.”

Jackson says Bush will be in a Dallas County court this week — to deal with extradition issues.