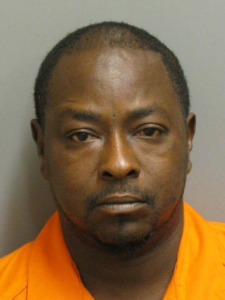 Attorney General Steve Marshall has announced that the Alabama Supreme Court has reinstated the murder case against 47-year-old John Grant of Montgomery.

He is charged with killing Earl Mock, who died 15 months after he was shot in the face with a shotgun on Highland Avenue.

The prosecution of Grant had been blocked due to a common law “year-and-a-day rule,” which had allowed homicide prosecutions only if the victim died within a year and a day of the criminal act.

The Attorney General’s office says evidence was presented that on September 24, 2017,  Grant allegedly shot Mock from inside a vehicle. Mock was put on life support.

Fifteen months later, Mock was taken off life support and died within 12 hours.

The Attorney General’s Office says Grant was indicted for capital murder, and Grant’s attorneys moved to dismiss his indictment citing the year–and–a–day rule.

Grant’s motion was denied by the Montgomery County Circuit Court, but the Alabama Court of Criminal Appeals issued an order directing the circuit court to dismiss Grant’s indictment.

On Friday, the Alabama Supreme Court overruled a 2003 decision that had upheld the year-and-a day rule. The court agreed with the State’s position that the Legislature had abrogated the antiquated rule in 1980 when it updated the criminal code.

“By the Supreme Court’s denial of application of the year-and-a day rule in this murder case, Alabama is one of the last states to effectively abolish the centuries-old common-law rule that has outlived its purpose due to advances in medical technology,” said Attorney General Marshall in a statement. “The Supreme Court has appropriately allowed the murder case to proceed so that the State can seek justice for Mock and his family.”

Marshall commended Assistant Attorney General Cameron Ball for his successful work on this case, and also thanked Montgomery County District Attorney Daryl Bailey and his staff for their help to allow the case to proceed.