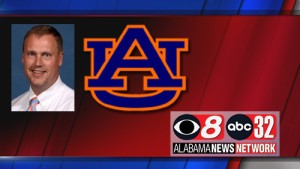 Auburn University has announced an interim athletics director as the nationwide search for a person to replace former AD Allen Greene begins.

Auburn University President Christopher Roberts says Rich McGlynn will hold the position until a permanent replacement can be found.

McGlynn joined Auburn in 2006 and is the executive associate athletics director of compliance. Prior to his arrival at Auburn, he worked for the NCAA.

Roberts says in the coming weeks, he will announce additional details about the national search process.

“Over the past three decades, I’ve developed a rich appreciation of the importance of our athletics programs to the university as well as to our alumni and friends. As president, I am fully committed to building and sustaining nationally competitive athletics programs,” Roberts said in a statement.

“As such, my goal is to find the very best person to lead Auburn Athletics – someone who understands our storied history, has a proven track record leading a large-scale athletics enterprise, values the importance of our student-athletes’ accomplishments – both on and off the field – and someone who will lead our programs to even greater levels of success.”

Greene’s five-year deal, worth $625,000 annually, was set to expire Jan. 31, 2023. His biggest hire was luring football coach Bryan Harsin away from Boise State.