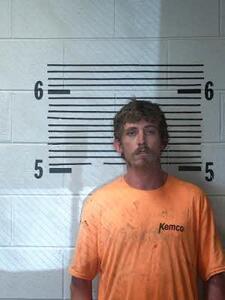 A Prattville man has been arrested after a manhunt for nearly two hours ended in Elmore County.

A trooper with the Highway Patrol Division pulled over the driver, 32-year-old Joseph Wise, near the intersection of Alabama 143 and Alabama 14 in Elmore County.

ALEA says Wise assaulted the trooper then fled on foot.

Just before 11 a.m., Wise was taken into custody without incident and booked into the Elmore County Jail.

Wise has been charged with Resisting Arrest, Third Degree Assault, Escape and Criminal Mischief. In addition, Wise was issued citations for Window Tint and Driving with a Revoked License.

ALEA says no officers were injured during the accident.

Several units from various divisions within ALEA responded to assist in the search including ALEA’s Aviation Unit, Special Agents and SWAT Team Members within the Agency’s State Bureau of Investigation (SBI), and additional Troopers within ALEA’s Highway Patrol Division,
along with deputies from the Elmore County Sheriff’s Office and the Alabama Department of Corrections (ADOC) K-9 Team.