Lowndes County Highway Department workers have gone on strike. They’re demanding better wages. And they haven’t been to work in two days.

“Because we feel like we’re being worked. And we’re underpaid,” said truck driver Earl Rush. 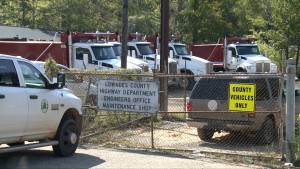 “It’s insulting what we get paid.”

Dozens of workers gathered out in front of the highway department Wednesday. They’re demanding a fair, liveable wage from the county commission.

“Let them get out here and see what we doing. And see how they feel about it when the paycheck come around,” said Timothy Williams.

Workers say a $3 dollar an hour raise was on the table. But it was cut in half when the commission passed the county budget Monday. 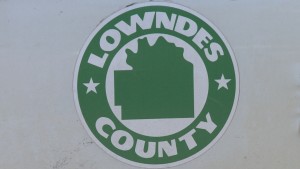 The new budget provides for a $1.50 an hour raise. Along with a $2500 dollar one-time bonus for all county employees.

“We didn’t have $3 an hour to give them,” said Commission Chairman Charlie King, Jr.

“And if we had give them $3 dollars an hour, we would have had to give the whole entire county $3 dollar an hour. We couldn’t afford to do that.”

“And whatever it take for the county commission to operate the county, that’ just what we gon’ do.”