Selma Police are investigating the city’s 10th murder of the year. It’s also the city’s second murder this week. 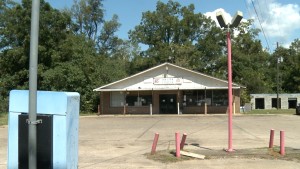 Fulford says Wiggins was found wounded — at B&B Grocery on the 2900 block of Water Avenue.

You can also call Crime Stoppers at 215-STOP — where your anonymous tip could lead to a cash reward.

Airing the Quilts Festival Set for Saturday in Gees Bend