Tons of sunshine again today with temperatures this afternoon in the upper 80s to low 90s across Alabama. Humidity levels remain very tolerable, so though it is almost hot, it is not oppressive outside. With little to no moisture to work with, there is no threat for rain today tomorrow.

FRIDAY NIGHT LIGHTS: Clear weather is the story for the high school football games across Alabama tonight with temperatures falling into the 70s during the games.

DRY PATTERN PERSIST: As we roll into the weekend, the dry weather continues with a good supply of sunshine Saturday and Sunday with highs in the low 90s amd lows in the 60s. No rain worries for college games across the state tomorrow. For next week, more of the same as the quiet weather pattern continues. Highs in the low to mid 90s will be common each day. No signs of any major rain event the next ten days or so as the long dry spell will persist.

Alabama will host LA-Monroe tomorrow (3:00p CT kickoff) at Bryant-Denny Stadium. It will be sunny and very warm with temperatures falling from near 88 degrees at kickoff into the low 80s by the final whistle.

TROPICAL STORM FIONA: At 500 AM AST, the center of Tropical Storm Fiona was located near latitude 15.7 North, longitude 58.1 West. Fiona is moving toward the west near 15 mph. A westward motion with a gradual decrease in forward speed is expected through Saturday night or early Sunday, followed by a turn toward the west-northwest later on Sunday. On the forecast track, the center of Fiona is expected to move across the Leeward Islands tonight and early Saturday, and move near or just south of the Virgin Islands and Puerto Rico late Saturday into Sunday. 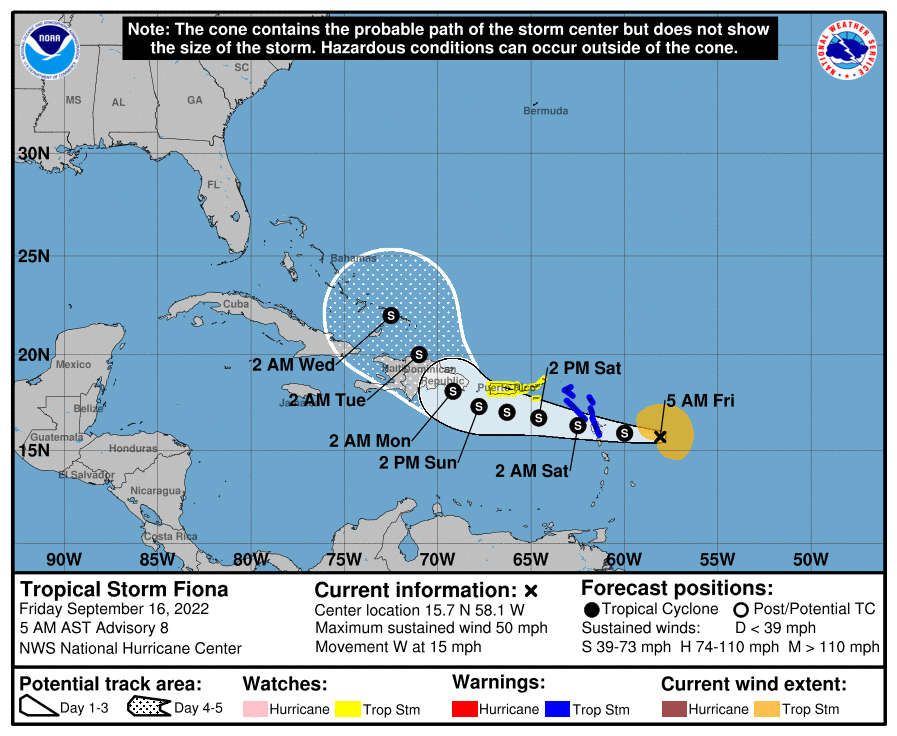 Data from an Air Force Hurricane Hunter aircraft indicate that maximum sustained winds are near 50 mph with higher gusts. Some slight strengthening is forecast during the next few days. Tropical-storm-force winds extend outward up to 125 miles from the center. The estimated minimum central pressure is 1004 mb (29.65 inches). 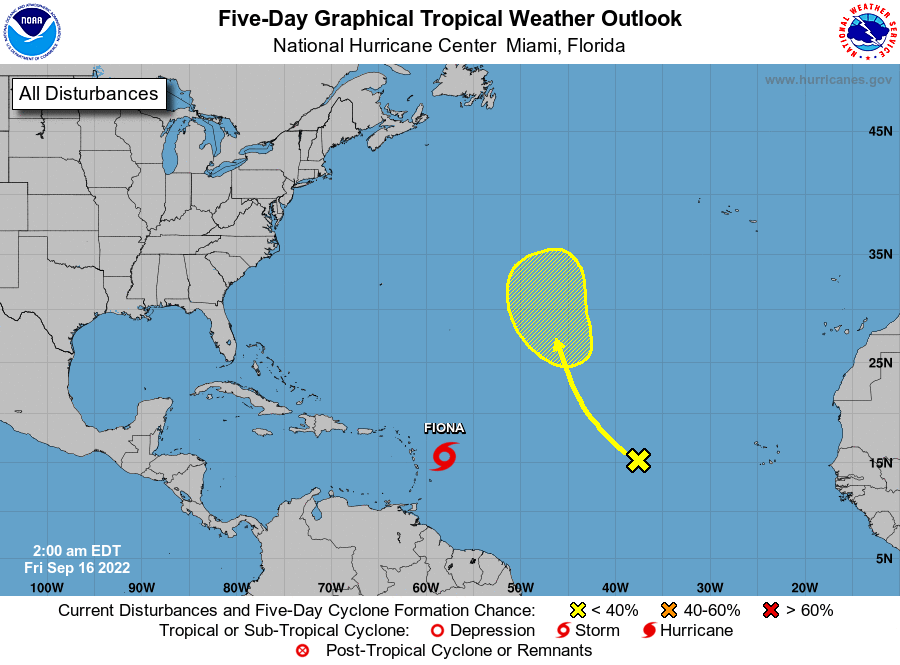 Also, a tropical wave located roughly midway between the west coast of Africa and the Lesser Antilles is producing limited and disorganized shower activity. Some slow development of this system is possible late this weekend and early next week while it moves northwestward to northward over the central subtropical Atlantic. Formation chance through 5 days…low…20 percent.

Mid To Upper 80 Degree Warmth Ahead