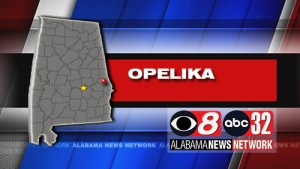 Opelika police are investigating a second shooting that happened over the weekend.

Police say at about 3:04 this morning, they were called to South 4th Street. That’s where they found a male with a gunshot wound. He was taken to a hospital in Columbus, Georgia, with what are believed to be non-life threatening injuries.

This shooting comes after a fatal shooting that happened Saturday night.