HOT DAYS: The heat is the story for the next couple of day across Alabama as an upper-ridge builds in over the region. We are seeing abundant sunshine and highs today and tomorrow will reach towards the mid 90s. Rain chances are very low, but not zero, and a few pop-up showers are possible, but these if any, will be few with rain chances under 10%.

FALL ARRIVES: Tomorrow, late in the day, a dry cold front will pass through the state. It will be moisture starved so rain is not expected. Tomorrow is the first day of fall as the autumnal equinox occurs at 8:03PM CDT.

NEXT WEEK: Showers end early Monday; the temperatures will hold in the 8n0s much of the day. Then, the rest of the week looks generally dry and very night, with highs near 80° most days, and lows closer to 60°, pretty close to average values for late September.

HURRICANE FIONA: The center of Hurricane Fiona was located near latitude 23.4 North, longitude 71.8 West. Fiona is moving toward the north near 8 mph. This general motion is expected to continue through today. A turn toward the north-northeast with an increase in forward speed is expected by Thursday. On the forecast track, the center of Fiona will continue to move away from the Turks and Caicos today, and approach Bermuda late on Thursday. 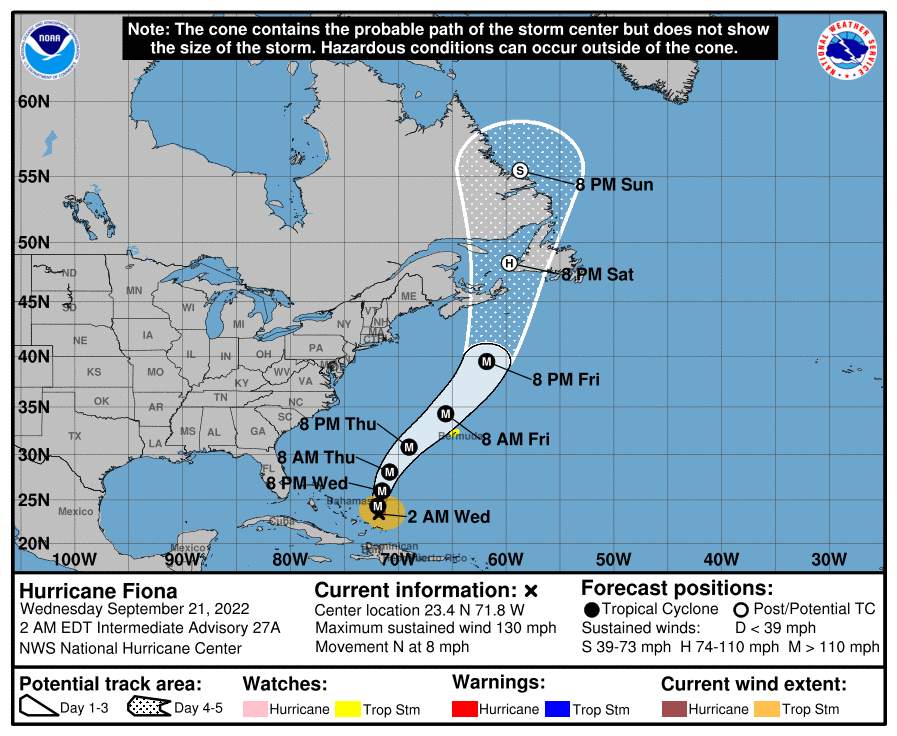 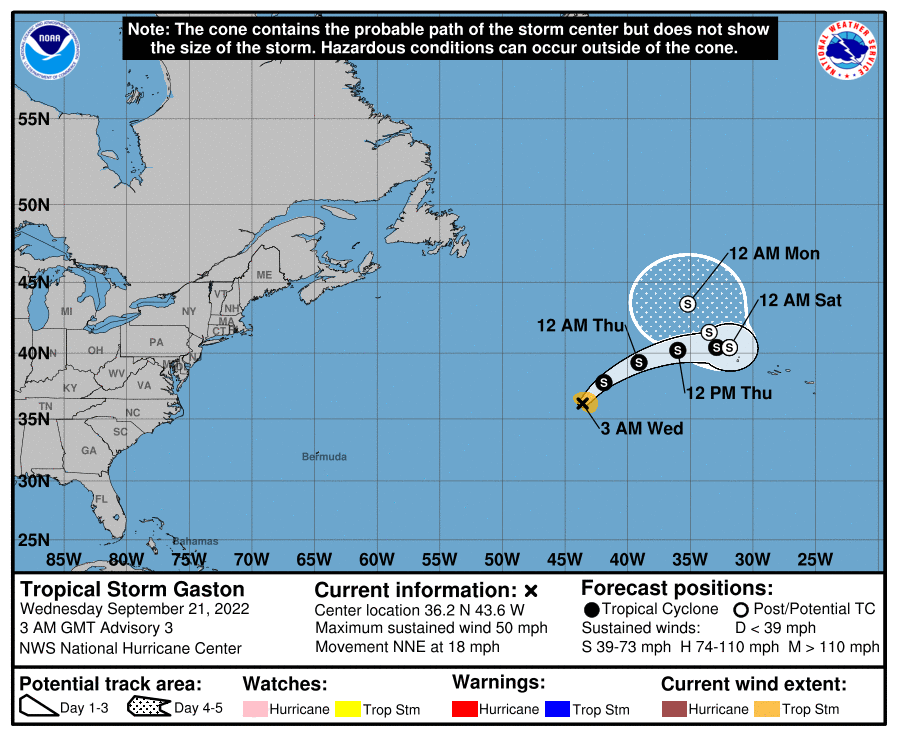 TROPICAL STORM GASTON: The center of Tropical Storm Gaston was located near latitude 36.2 North, longitude 43.6 West. Gaston is moving toward the north-northeast near 18 mph. A turn to the northeast is expected today, followed by a motion toward the east starting Thursday. Maximum sustained winds have increased to near 50 mph with higher gusts. Slight additional strengthening is forecast today, followed by little change in strength over the next couple days. Tropical-storm-force winds extend outward up to 70 miles from the center. The estimated minimum central pressure is 1004 mb (29.65 inches). 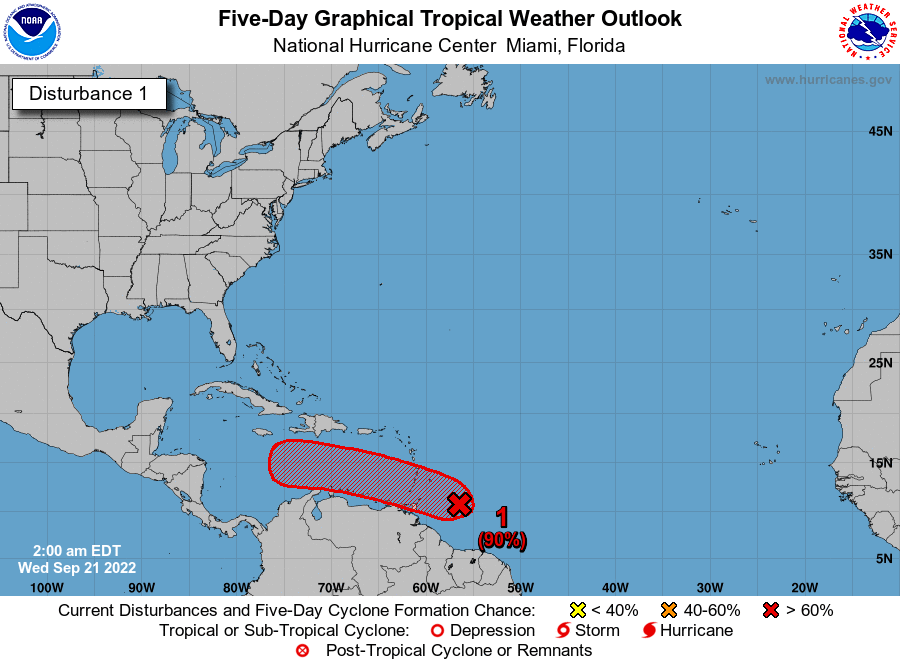 FUTURE HERMINE: A tropical wave is producing shower and thunderstorm activity a few hundred miles east of the southern Windward Islands. The system continues to show signs of organization and it will likely become a tropical depression within the next two or three days. The disturbance is forecast to move west-northwestward across the southern Windward Islands by late today and then move toward the central Caribbean Sea later this week. Interests in the Windward
Islands should closely monitor the progress of this system as heavy rainfall and gusty winds could affect these islands beginning later today. This one we will have to keep an eye on, as model data suggest this has a decent chance to make it into the Gulf of Mexico in about eight days, as a potentially significant system. Don’t bet alarmed by what you may see online in the coming days, because there will be plenty of morons and trolls showing the worst possible outcomes of this system from model run to model run; just know we will be watching it. At this time, there is no way of knowing if, when, where, or what it will be by the middle of next week. But current model data output shows the system remaining east of Alabama, but again, this will change in the coming days.

Have an incredible day!!!
Ryan