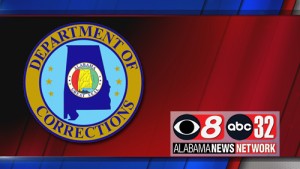 The Alabama Department of Corrections has released a statement following concerns over the health of an inmate who is getting national attention and putting Alabama prison conditions under more scrutiny.

Kassie Vaughn, who lives in the Mobile area, published a Facebook post, saying her brother Kastello Demarcus Vaughan is an inmate at Elmore Correctional Facility in Elmore County and has experienced a rapid decline in his health. Her post included photos that she says shows her brother’s poor health. 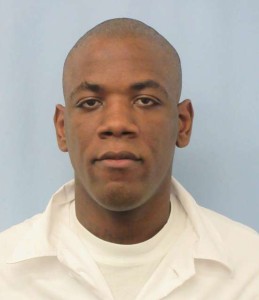 That post has been shared thousands of times, prompting the Alabama Department of Corrections to issue this statement Friday night:

“Given the volume of inquiries regarding the welfare of inmate Kastello Demarcus Vaughan, within the constraints of medical privacy, the Alabama Department of Corrections (ADOC) would like to issue the following summary of the medical care he has recently received while incarcerated. He has been in contact with his family to update them on his situation and ease their concerns. As of today, he was housed in Staton infirmary where he was observed walking and eating.

“Inmate Vaughan has requested and received medical attention with the ADOC at least 11 times between July 30, 2022, and September 22, 2022. As a result, each time he received appropriate medical treatment and/or care. As part of that care, he has spent at least 13 days in the institutional infirmary. Additionally, he was treated at an outside hospital three times in the same time frame, resulting in one major surgery and at least 17 days in the hospital.

“The ADOC offers a constitutional level care to all inmates. However, inmates are not required to undergo care, just as citizens in the civilian world are afforded choice of whether to receive care.”

Prison records show Kastello Vaughan is serving a 20-year sentence for burglary and unlawfully breaking and entering vehicles. The convictions are from Mobile and Baldwin counties.

Civil Rights attorney Lee Merritt announced on Twitter Friday that he has been retained by the family to investigate the case. Merritt had sought the Democratic nomination for Texas attorney general earlier this year.

In a statement, Merritt says, “Alabama state prisons have a duty to provide the appropriate medical care for Mr. Vaughan while he remains in their custody. Prisoners are entitled to the same basic human decency as all other citizens in our country. My office has begun working to ensure Mr. Vaughan receives the care his condition requires.

“We are also investigating whether or not agents of the state of Alabama violated their duty of care to Mr. Vaughan by allowing his medical condition to spiral to the point reflected in the images now circulating the web.”