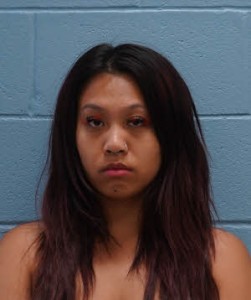 Lee County Sheriff’s deputies have arrested an Auburn woman on a drug trafficking charge, saying she was involved in selling drugs using a digital app.

23-year-old Cindy Zheng of Auburn is charged with drug trafficking, drug possession and having drug paraphernalia.

Jones says investigators found that multiple types of illegal drugs were being sold in Auburn using a digital application. He says people buying drugs were placing orders with their cell phone and picking up the drugs at certain times that were given to them by the dealers.

A search warrant was executed in the 2000 block of Downs Way in Auburn yesterday where he says investigators recovered multiple types of illegal drugs including marijuana, psilocybin mushrooms, THC wax and oils, pills, drug paraphernalia associated with the sale of drugs and approximately $100,000 in cash.

Zheng was booked into the Lee County Detention Center and released after posting a $60,000 bond.

Investigators are asking that if you have information about this case to call Central Alabama CrimeStoppers at (334) 215-STOP.