NEW INFO: Suspect in Prattville fatal hit-and-run was out on bond for a previous incident 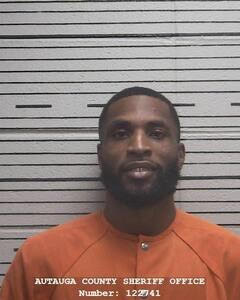 The suspect in the fatal hit and run in Prattville earlier this month was out on bond for a previous incident in July.

According to court documents, 29-year-old Robert Marshall, Jr. was charged with trafficking illegal drugs, giving a false identification to a law enforcement officer, carrying a concealed weapon without a permit and drug paraphernalia for an incident on July 13. That case has been bound over to the Grand Jury.

Prattville police say Marshall, Jr., is the suspect in a hit-and-run that killed a pedestrian on September 4, Marshall, Jr., turned himself in at the Autauga County Metro Jail Friday.

Police had asked 29-year-old Robert Marshall, Jr., to turn himself in on warrants. They say he was the driver of an SUV that was involved in the hit-and-run.

As Alabama News Network has reported, police say 23-year-old Perez Pickett died after being hit in the 700 block of Gin Shop Hill Road. Police say the driver did not stop.

Last week, police released surveillance photos of the vehicle they believed was involved in the case.

Marshall is charged with leaving the scene of an accident with injury related to that incident. His bond was set at $15,000; however, District Judge Joy Pace Booth granted a motion to revoke his bond on September 19.

Marshall, Jr. has a bond hearing set for October 6.