Five people are hurt during a shootout Wednesday night in the city of Uniontown.

The incident happened on Washington Street near the old cheese plant. 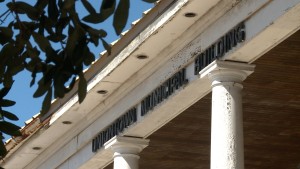 Then several people pulled out guns — and started shooting.

Jackson says five people were taken to the hospital.

“It was just a complete chaotic scene,” Jackson said.

“One thing lead to the next. And um, thankfully nobody’s been killed.”

No arrests have been made.

The ALEA State Bureau of Investigation — is investigating.