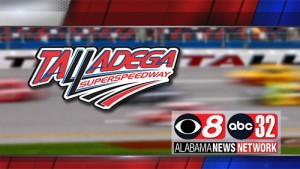 Some NASCAR drivers are angry and concerned about their safety in the new Next Gen cars as the playoffs roar into one of the most chaotic and dangerous tracks on the circuit.

Alex Bowman will miss Sunday’s race at Talladega Superspeedway with a concussion diagnosed four days after he crashed. Bowman hit the wall early at Texas Motor Speedway but finished Sunday’s race despite radioing his Hendrick Motorsports crew: “I can’t drive the rest of the day.”

“I don’t understand how (the car) is still rolling. That’s the hardest I’ve crashed anything in my entire life,” Bowman added.

Now he is on the sidelines alongside Kurt Busch, who will miss his 11th consecutive race because of his own concussion. He crashed in July during a qualifying run when he spun and backed his car into the wall. Busch said his vision and balance are not at 100% but he hopes to race again this season.

Complaints about the Next Gen — introduced this season as a cost-saver and a way to bring some parity to the grid — have reached a critical level following four difficult playoff races and three injured drivers. Cody Shane Ware will race Sunday despite a fractured foot suffered in a hard crash.

Drivers amplified their complaints as soon as they learned of Bowman’s concussion. They have been concerned since an exaggerated tale emerged of an ominous NASCAR crash test of the Next Gen at Talladega in 2021. The rumor was that the crash-test dummy had suffered forces in the collision that would have killed a human.

“Completely unacceptable that those in charge have let things get to this point,” Kevin Harvick wrote on Twitter. He said he recalled Denny Hamlin insisting “that the car was too stiff. Data didn’t agree. TIME TO LISTEN TO THE DRIVERS CRASHING THEM!”

Hamlin, who was heard moaning on his radio after a hard crash last month, also directed his anger at NASCAR.

“Pretty disappointing that our sanctioning body refuses to acknowledge or accept any responsibility for drivers getting hurt,” Hamlin wrote. “It’s the same THEY said. WE knew better. It’s wrong these drivers continue to get taken advantage of by the system.”

The Next Gen was an industry-wide collaboration to develop a spec car that would both lower costs and equalize the competition. But part of the cost-cutting came in designing a durable car that can withstand crashes without being destroyed, a step to reduce the fleet sizes needed to compete for a full season.

So the Next Gen is very stiff and the parts and pieces that used to fly off a car during a crash are holding tight, resulting in drivers absorbing more energy from collisions.

NASCAR has been attempting to address issues with the Next Gen as they arise. There has been a rash of problems with the car through the first four playoff races — in the Bristol elimination race, 12 of the 16 playoff drivers had some sort of issue — ranging from unexplained fires to tire and parts failures and now the unyielding nature of the car actually affecting drivers.

After fires during the playoff opener at Darlington, senior vice president of competition Scott Miller said it was “unacceptable” and NASCAR quickly mandated design changes. The series is also considering monitoring pressure levels to determine if drivers are blowing tires because their teams are too aggressive with the settings.

“I think NASCAR is doing a good job of taking input, listening to what we are saying as an industry. I don’t know about the drivers, they may not be getting the response that they feel like they need on these things,” Petree said. “But NASCAR is working on the car. I’ve seen some future design changes that address some of the things the drivers say about the impacts.”

Harvick said Petree’s comment was “very telling as to who has all the say in these processes. NASCAR and the teams.” He also urged NASCAR to pick up its pace in investigating the issues.

Talladega is one of the most chaotic tracks on the NASCAR schedule because of the tight pack racing and high speeds. The pole-winning speed in April was 180.93 mph and speeds top 200 miles per hour (321.9 kilometres per hour) when cars are in the draft.

The spring race was tame by Talladega standards with only four cautions for accidents and the race ended under green with no overtime needed. But Sunday is the middle race of the second round of the playoffs and the stakes are much higher. Additionally, the first four playoff races have been won by drivers not racing for the championship.

With 6 straight losses, Bears get breather with bye week