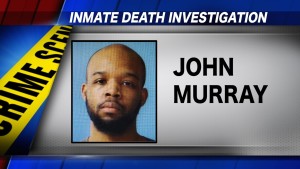 An inmate at the Dallas County Jail is found dead in his cell — now an investigation is underway to find out what happened?

Granthum says an independent agency was brought in — to investigate the situation.

Murray’s body was then sent to forensics — for a toxicology report — and a full autopsy to determine the cause of death.

“The jail’s in a dorm-type setting where each individual inmate, there’s two to a cell. Of course, it’s still early in the investigation and I can’t release too much. But there’s no visible sign of any type foul play or anything at this time,” Granthum said.

“We called SBI in. They sent investigators. And we turned everything over to them.”

Granthum says Murray had been an inmate at the jail for several years — awaiting trial on a capital murder charge.