A nationally renowned dance troupe is gearing up for two performances this week in Selma.

The Wideman Davis Dance Troupe performs at Selma University — at 7:30 Thursday night first. Then — out in front of historic Good Samaritan Hospital — at 7:30 Saturday night.

Organizers say the troupe has spent months — preparing for the two performances. 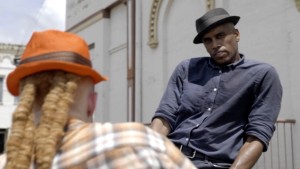 “It’s a different kind of performance. It’s meant to bring the community in and experience it with the performers,” said Rosemary Johnson.

“There are connections that you feel between the performers and the audience.”

Both performances are site-specific — outdoor performances at architectural sites — that center on Black life during the Civil Rights Movement. They feature elements of dance and theater — in addition to video clips — and interviews.