ON YOUR SIDE: Social Security Benefits to Jump by 8.7% Next Year 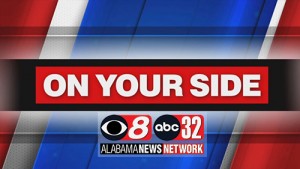 Millions of Social Security recipients will get an 8.7% boost in their benefits in 2023, a historic increase but a gain that will be eaten up in part by the rising cost of everyday living.

The cost-of living adjustment — the largest in more than 40 years — means the average recipient will receive more than $140 extra a month beginning in January, the Social Security Administration said Thursday.

While Social Security recipients welcomed the benefit increase, many said it wasn’t enough to cover the impact of inflation.

It’s “not much help,” said 85-year-old Shirley Parker, who lives in Chatham on Chicago’s South Side.

Home maintenance costs and high grocery prices are cutting steeply into her budget. “Food is ridiculous. I come out with a bag full of groceries — $50 — don’t have about 10 items,” she said.

A separate government report Thursday showed inflation newly accelerating. The Consumer Price Index rose 0.4% for September after just 0.1% in August and is up 8.2% for the past 12 months. Jobless claims for unemployment benefits rose for the week.

The Social Security Administration said the estimated average monthly Social Security benefit for all retired workers will be $1,827 starting in January, according to an agency fact sheet.

The boost in Social Security benefits will be coupled with a 3% drop in Medicare Part B premiums, meaning retirees will get the full impact of the Social Security increase.

“This year’s substantial Social Security cost-of-living adjustment is the first time in over a decade that Medicare premiums are not rising and shows that we can provide more support to older Americans who count on the benefits they have earned,” said the Social Security Administration’s acting commissioner, Kilolo Kijakazi.

President Joe Biden on Thursday afternoon echoed the sentiment that the Medicare premium reduction would have some impact on retirees’ wallets. “Seniors are gonna get ahead of inflation next year,” Biden said. “For the first time in 10 years, their Social Security checks will go up while their Medicare premiums go down.”

Jo Ann Jenkins, CEO of the AARP, said the benefits increase “will provide much needed relief to millions of Americans.”

Several government indexes show that inflation hits older Americans harder than the rest of the population. Medical costs are a big part of the burden.

About 70 million people — including retirees, disabled people and children — receive Social Security benefits. This will be the biggest increase in benefits that baby boomers, those born between the years 1946 and 1964, have ever seen. The last time a COLA was higher was in 1981, at 11.2%.

The annual Social Security and Medicare trustees report released in June says the program’s trust fund will be unable to pay full benefits beginning in 2035.

Categories: National News, News, On Your Side
Tags: inflation, medicare, on your side, Social Security, social security increase