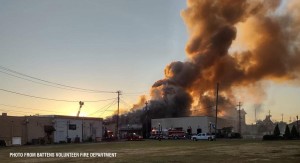 Three downtown businesses in Enterprise and one residential building were destroyed by fire early Sunday morning.

City leaders say a passerby called 9-1-1 around 5:40AM to report smoke at the corner of College Street and Main Street.
“Units arrived on scene and quickly assessed it,” Enterprise Fire Department Chief Christopher Davis said. “They were able to make a good, quick attack. However, the fire had already grown large in the rear of one of the structures.”
No one was inside any of the buildings when the fire broke out. All About Art Studio, The She Shed, and Coffee Corner Enterprise, Alabama, as well as a residential building, sustained the most damage. Serendipity by Kei also sustained minor damage.
“Currently right now, what we are dealing with are hot spots,” Davis said. “There have been some collapses and that creates a lot of small voids that aren’t necessarily safe to get to.”
The Alabama State Fire Marshal will be in town Monday to help determine the cause of the fire. 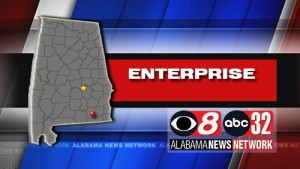 “We do not believe, or have any reason to believe, that this was intentional,” Davis said. “We will do everything we can to locate the source of the fire.”
Area fire departments, including Elba, New Brockton and Troy came to Enterprise to assist, not just downtown, but to cover in the event of other emergencies in the city.
“I would like to thank those departments for coming in and giving us a hand,” Mayor William E. Cooper said. “We go and help others when there are emergencies like this.”
Downtown Enterprise business owners who flocked to Main Street quickly turned their attention to memorabilia housed in the Pea River Historical & Genealogical Society, two doors down from the fire. The original Boll Weevil Monument, as well as books and photographs were removed and transported to a secure facility.
“We have faced adversity so many times,” Mayor Cooper said. “Once this is done, we are going to build back and we will make this downtown just like it had never happened before.”
The public is still being encouraged to avoid the area. Fire crews are expected to be in the downtown area through the night. Barricades will be placed around the affected buildings. Drivers through downtown should be aware of extra traffic cones and the potential for detours during the investigation.
W. College Street from the railroad tracks to Main Street will be closed until further notice. The left turn lane from S. Main onto W. College Street will also be closed.

No injuries have been reported.