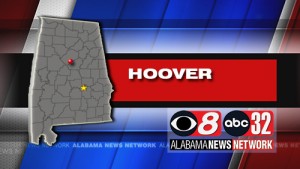 A Hoover police officer was shot multiple times after police responding to a report of gunfire on I-459 faced off with a suspect at an apartment complex.

The officer is expected to survive.

Hoover police Lt. Daniel Lowe said a driver reported that someone fired multiple shots at his vehicle on I-459 Sunday morning. No one was injured.

Officers had information about the vehicle used in the shooting and located a possible suspect at an apartment complex in Hoover. As they attempted to make contact with the person, he produced a weapon and opened fire, Lowe said in a news release.

One officer was struck multiple times, but his injuries were not believed to be life-threatening. Hoover police returned fire, though it wasn’t clear whether the suspect was hit, Lowe said.